At Just Audi VW we would like to congratulate our Yellowbelly diagnostic technician, Richard Hewitt, on finishing the 2019 UCI Road World Championships, a 97-mile event that's based in Harrogate. This event was in the heart of the Yorkshire Dales on Sunday 22nd September.

Richard had to face the Greenhow Hill Climb at Pateley Bridge, North Yorkshire which is no.52 on the official 100 hill climbs with a length of 2.5 miles/4 km. He was ranked 162 out of 1,340 cyclists; which is a bit below where I would be ranked if I had entered. After a short time of 18 minutes and 1 second Richard powered up the hill. How did Richard manage this? We have no idea, perhaps he stopped off at the local pub at the bottom of the hill to build up the strength to do it; I'm sure it would have made the ride to the finish an interesting one.

However Richard managed it, he was able to complete the whole race in an amazing time of 5 hours, 42 minutes and 50 seconds ranked 352nd from 1,448 finishers, I'm sure his wife was happy to see him cross the line and not lost in a field.

Richard would like to thank everyone who has sponsored him on either his Justgiving page  https://www.justgiving.com/fundraising/richard-hewitt5  or put any money in The Ethan Maull "Up yours to Cancer" foundation charity box in our showroom. 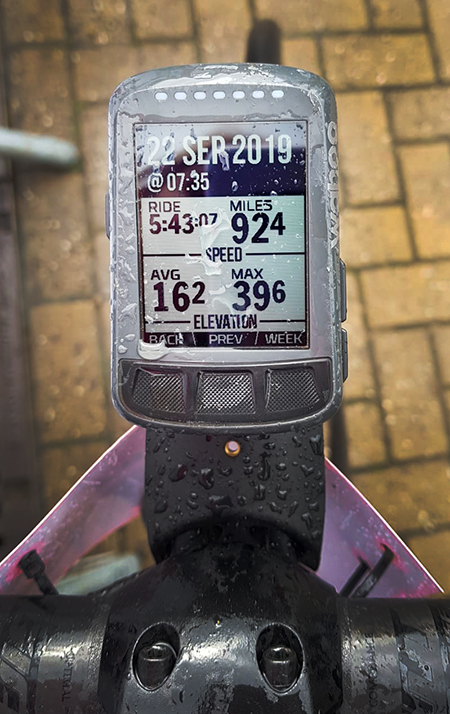 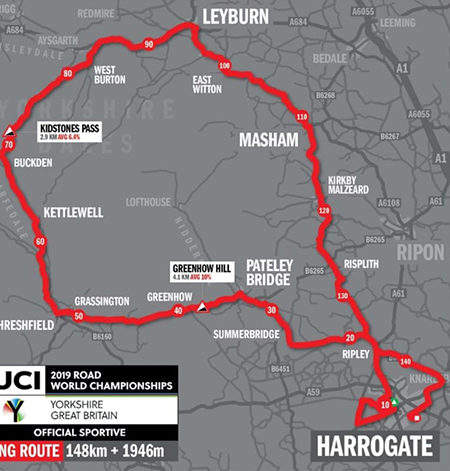 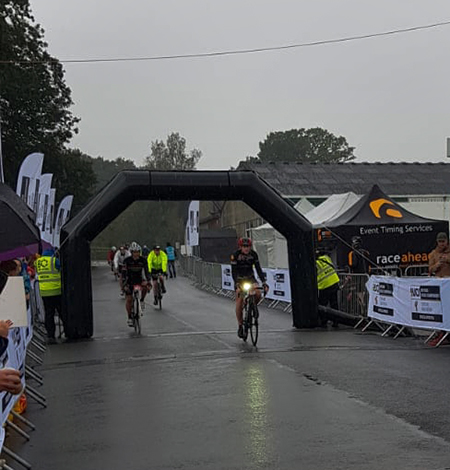 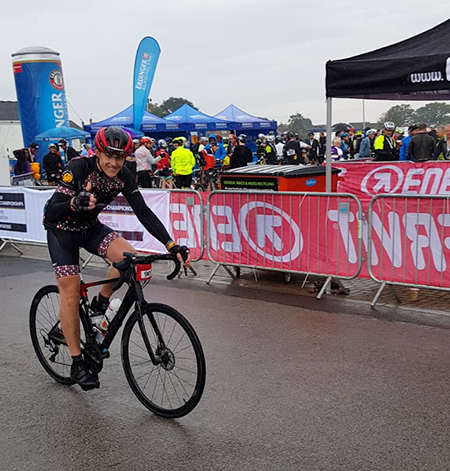 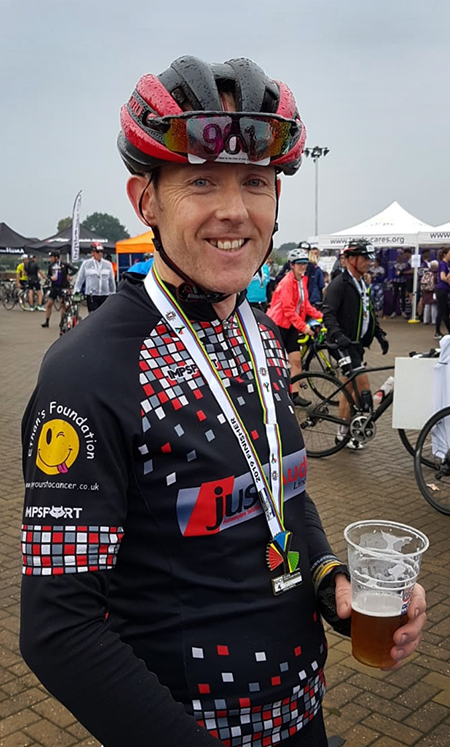 It looks like Richard must have taken a short cut as he doesn't look to be worn out.