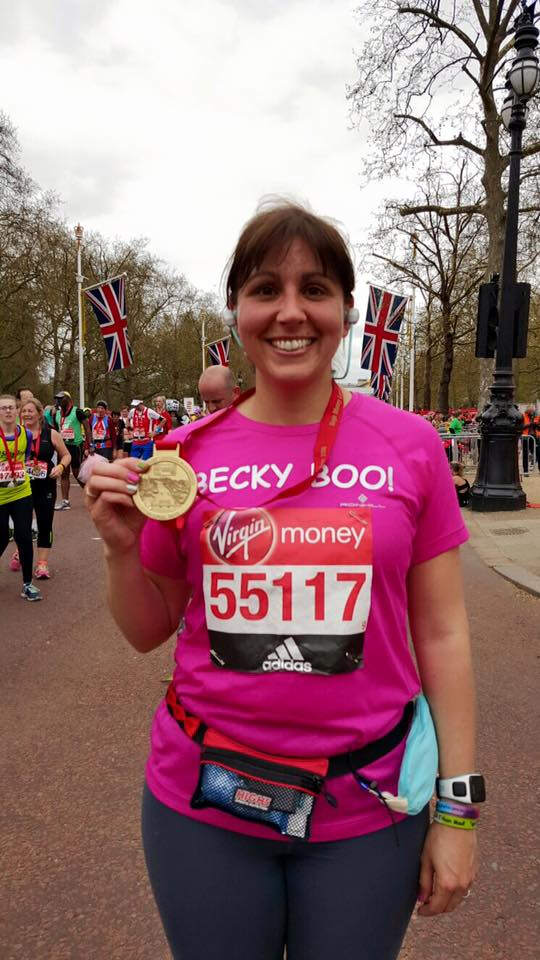 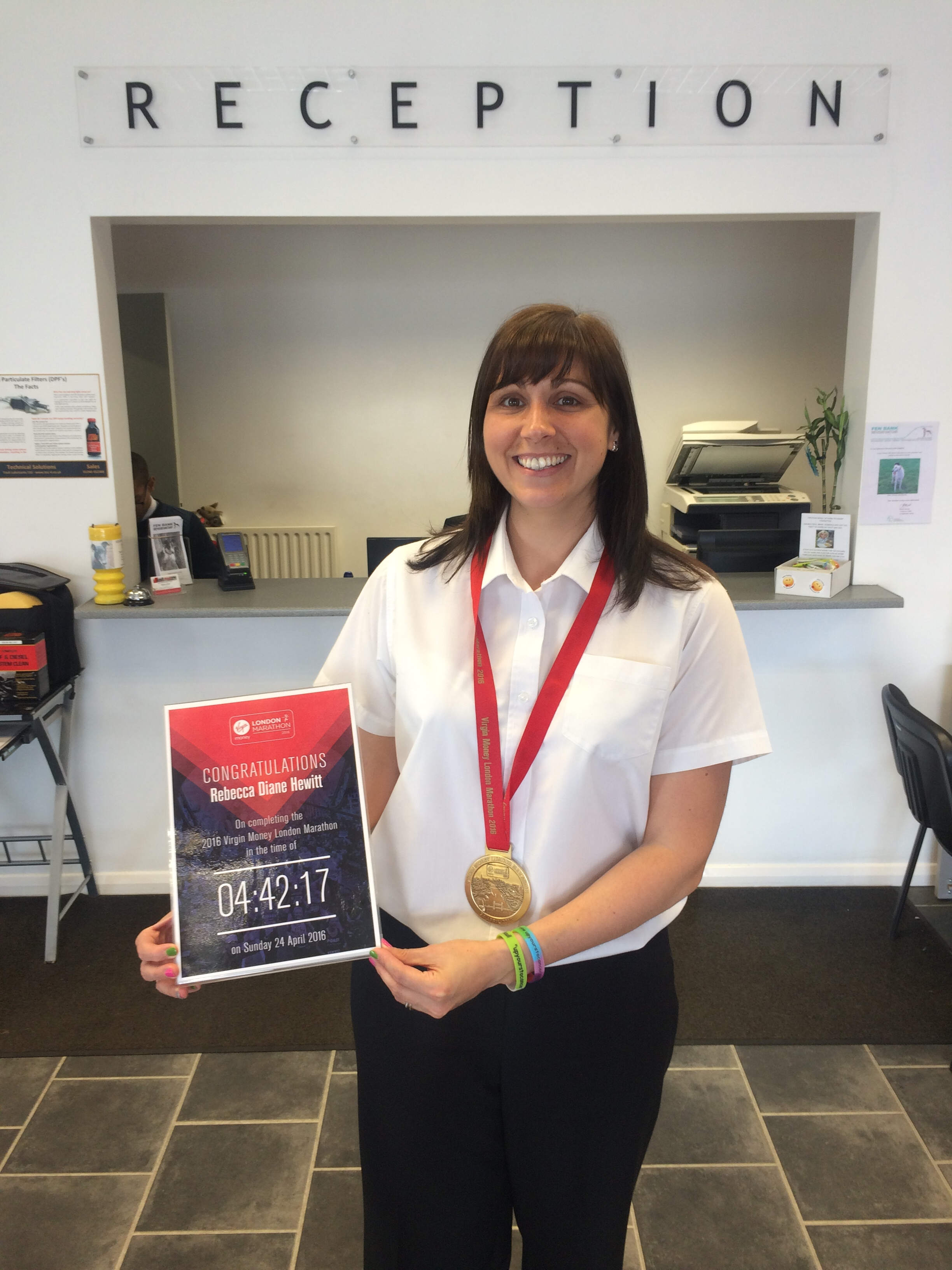 Along with approximately 39,000 she ran the 26.2-mile (42.2km) marathon through the streets of London.  T he first half of the route travelled just south of the Thames through  Greenwich  and Blackheath. After crossing the river on  Tower Bridge , she passed some of the capital's famous landmarks, including the  Coca Cola London Eye  and the  Tower of London , before finishing in front of  Buckingham Palace .

For the last 6 months Rebecca has been in training so that she was ready to race on Sunday, building up each week adding to the distance she was covering each time. During the course of training she encountered injuries and illness but was not going to let that stop her from completing the event on Sunday.

Rebecca completed the race in a very respectable 4 hours and 42 minutes, and has so far raised £1932 for our chosen charity.

We are very proud of the hard work she has put in over the last 6 months and it was great to see her complete the event and raise such a large amount for a chosen charity.