We are pleased to announce that Just Audi VW are to sponsor Powerboat GP! 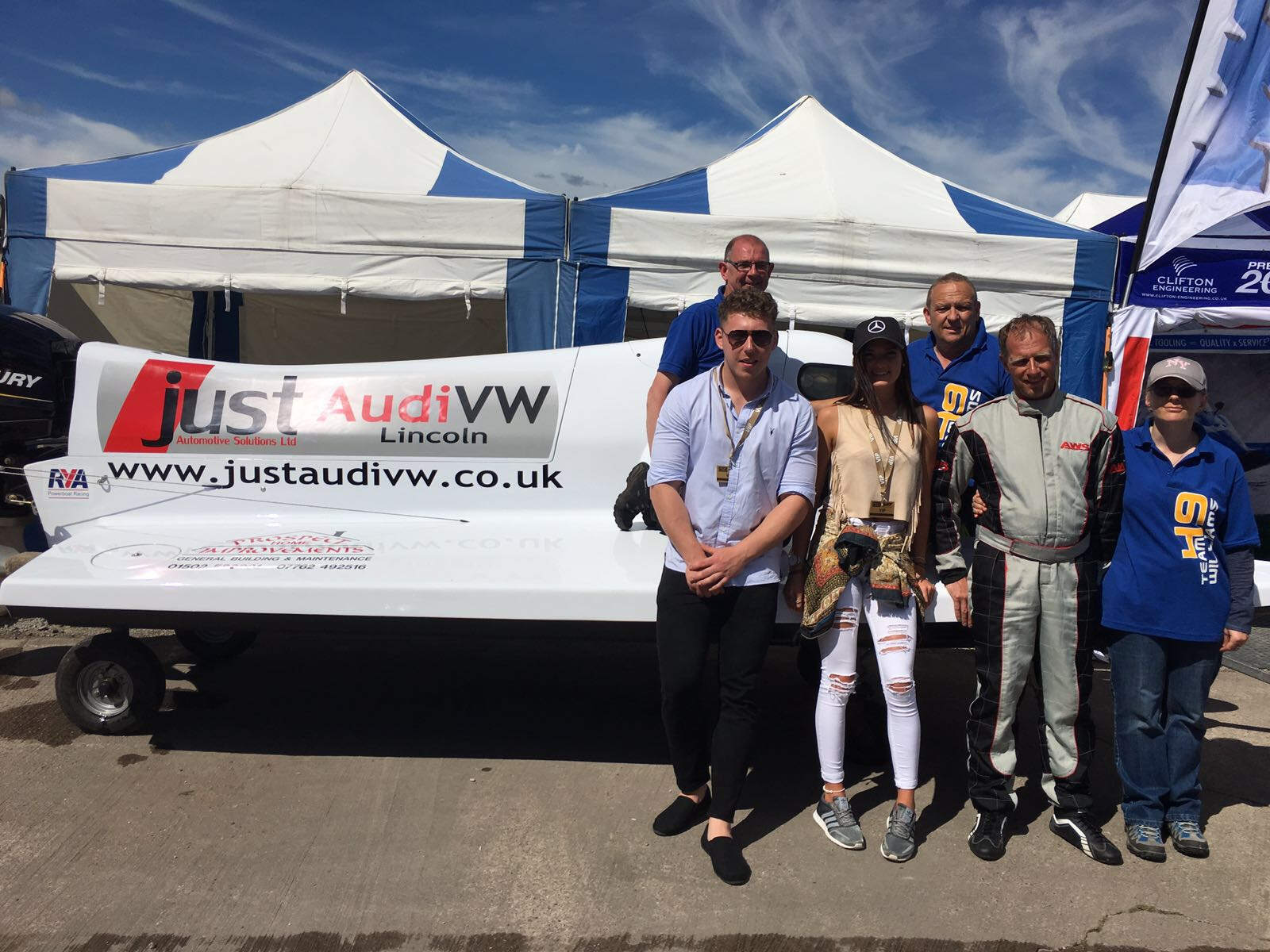 Entertaining, thrilling and exciting are just some of the words you could use to describe the national and world-class sport of Powerboat Racing.

With speeds potentially reaching in excess of 120+mph in the senior classes this action packed, water based form of boat racing is fast becoming one of the professional and popular forms of competitive power boating.

One of the reasons for the sports huge success is the fact that most of it's disciplines are 'stock engine classes', and any tuning or modification to the original engines is strictly forbidden. This keeps the financial running costs to a minimum for powerboat clubs and teams as well as ensuring that success will come to the most talented and knowledgeable powerboat drivers.

Governed Nationally by the Royal Yachting Association (RYA) and Internationally by the Union Internationale Motonautique (UIM), the Powerboat GP series continues to develop with rules introduced and modified to ensure that the discipline is as safe and fair as possible for all involved.

Compared to other forms of motorsport the Powerboat GP series has an extremely economical entry level & very affordable running costs. They cater for all ages with their youngest competitors being just 9yrs old and their oldest is currently 68!

Whilst Sponsoring Powerboat GP we also provide sponsorship to Power boater Mark Williams. Mark has been competing for 27 years.

We were kindly invited by Powerboat GP owner Jason Brewer to attend the Chase Water Grand Prix on the 17th of July where a few members of our team were able to see just what Power boating is all about and had the pleasure of watching Mark battle his way to 3rd place which was a great result considering that on his first lap of his counting race a bird flew into his wing mirror removing it from his boat leaving him blind to any opposition approaching him on the outside!