At Just Audi VW, our workshop team have been doing some extra training on Hybrid vehicles. Some of you may not have heard of hybrid cars however this is probably because they're running on their electric motor. 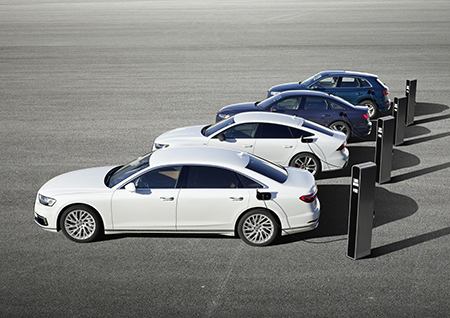 So... time for me to answer those questions you're probably thinking.. let's start with what is a hybrid car?

A Hybrid vehicle is a car that can be run by a combination of fuel and electric engine - that means you can drive its petrol/diesel or electric,  the choice is yours.

The main advantages of running a hybrid car that it should consume less fuel and less CO2 emissions than a car that is just a petrol or diesel engine.

You can get 3 tyres of hybrid cars such as; Parallel Hybrid cars, Plug-inn hybrids and Range extender hybrid cars.

1. Parallel Hybrid is the most common type, the car's wheels can be powered in three different ways: either directly by the engine, by the electric motor or by both power sources working together. When pulling away, the vehicle uses the electric motor for power, making the car very economical for stop-start driving. The petrol/diesel engine cuts in as speed increases, and it is used most during hard acceleration.

2. Plug-inn Hybrids, just as you read it can be plugged into an electric outlet to recharge their batteries as well as being charged on the move. Although they have a conventional engine, they also have larger batteries than the regular hybrids and can drive longer distances on electric power- up to 30 miles. 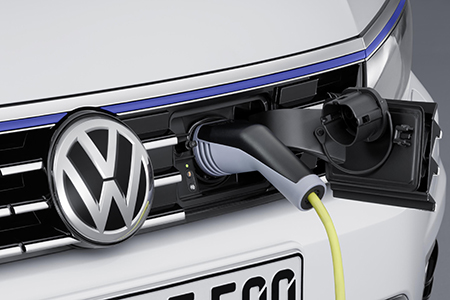 Now you're thinking. what will happen when you're driving a long journey and the battery runs out of electric?

But what are the benefits of a hybrid car?

Driving a hybrid car is like driving a conventional automatic car, so there's a little compromise on performance.

Most hybrids will have a choice of power modes ranging from eco to power, enabling the drive to choose maximum efficiency or performance depending on the driving conditions. As the hybrids run on a combination of fuel and electricity, they emit less pollution than fuel-only vehicles meaning cleaner energy.

Hybrids are often more reliable than their fuel-powered alternatives as the petrol or diesel engine doesn't run when you're driving slowly or in urban environments, meaning there's a lot less wear and tear on the engine.

It's a similar story with brakes, too. Hybrid cars use regenerative brakes that help them generate energy, meaning that unless you have to brake suddenly you won't need to apply your conventional brakes. It's possible you could drive around all day without ever using your hybrid's standard brakes, which means you'll have to get your brakes serviced a lot less often. 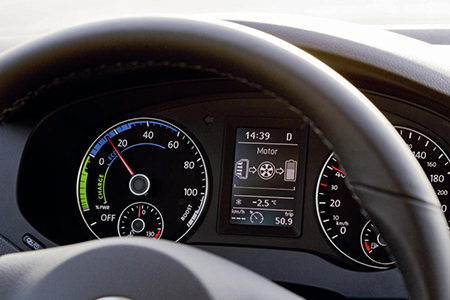 FACT OF THE DAY:

When the first hybrid car was built. The first mass-produced hybrid vehicle was the Toyota Prius, launched in Japan 1997 and followed by the Honda Insight, launched in 1999 in the United States and Japan but back to the Prius, this car launched in Europe, North America and the rest of the world in 2000.

If you have got any questions feel free to get in contact with us.

A Hybrid vehicle is a car that can be run by a combination of fuel and electric engine - that means you can drive its petrol/diesel or electric,  the choice is yours.
The main advantages of running a hybrid car that it should consume less fuel and less CO2 emissions than a car that is just a petrol or diesel engine.