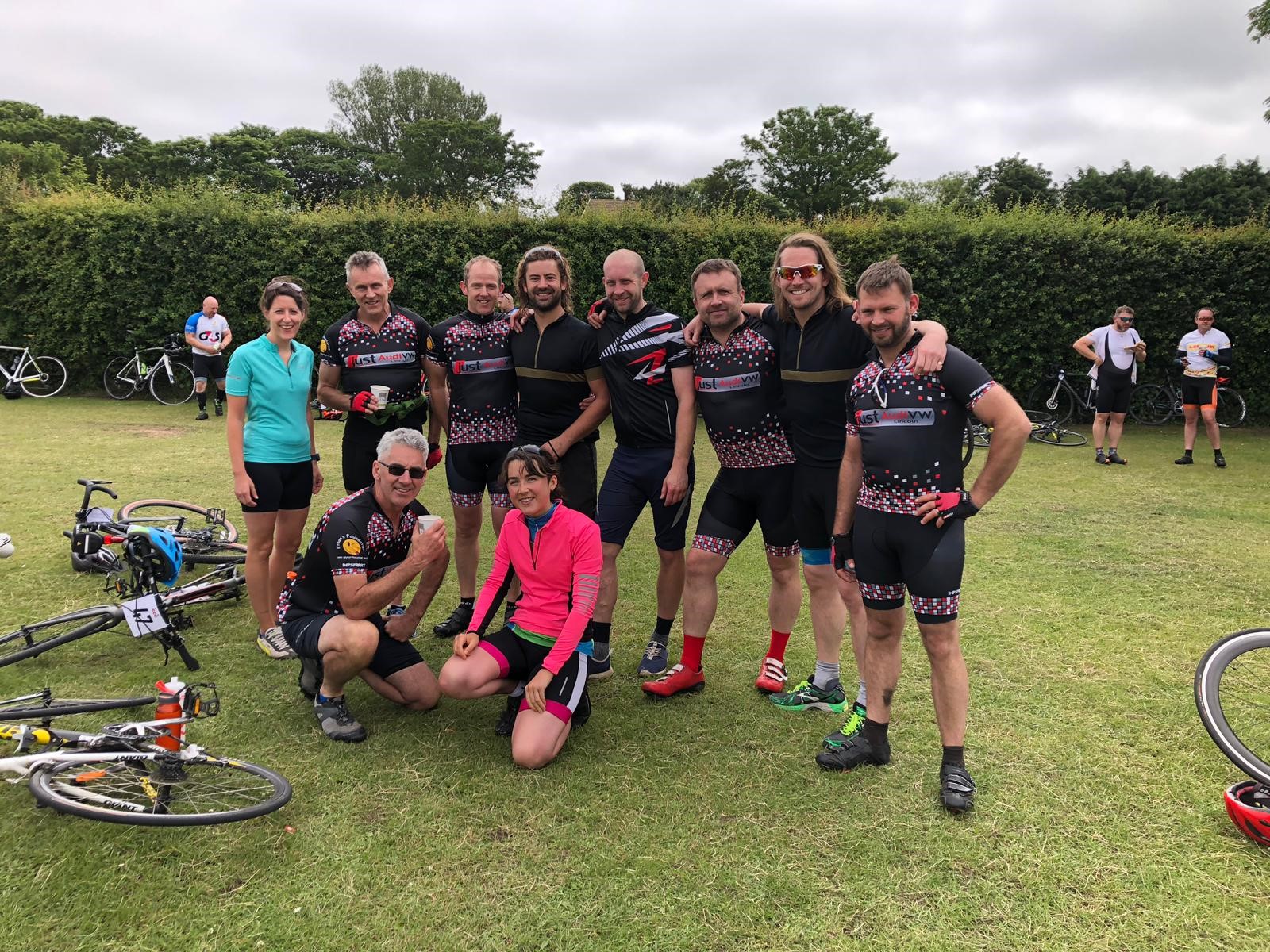 The Just Audi VW Team like to get involved in as many charity events as we can throughout the year, helping good causes along the way. This time they may have gone a step too far, taking part in Castle 2 coast (C2C2C), a 100 mile bike ride around Lincolnshire. Here at Just Audi VW we have decided to support some charities that are close to our hearts, these were Lincs & Notts air ambulance, louth NSPCC and Lincolnshires down syndrome support group.

So here it is, after weeks of training, the day finally came on the 27th June 2019. The team set off from the village of Nettleham, just north-east of Lincoln, at 7:24am taking along with them a few words of wisdom from their other colleagues, making sure they were prepped for the pleasurable ride they had ahead of them. These wise words included:

- Take a comfy pillow to sit on for after the bike ride No one thought to mention sun cream though.

As you can see from the photo's they have all the gear on and ready to go. 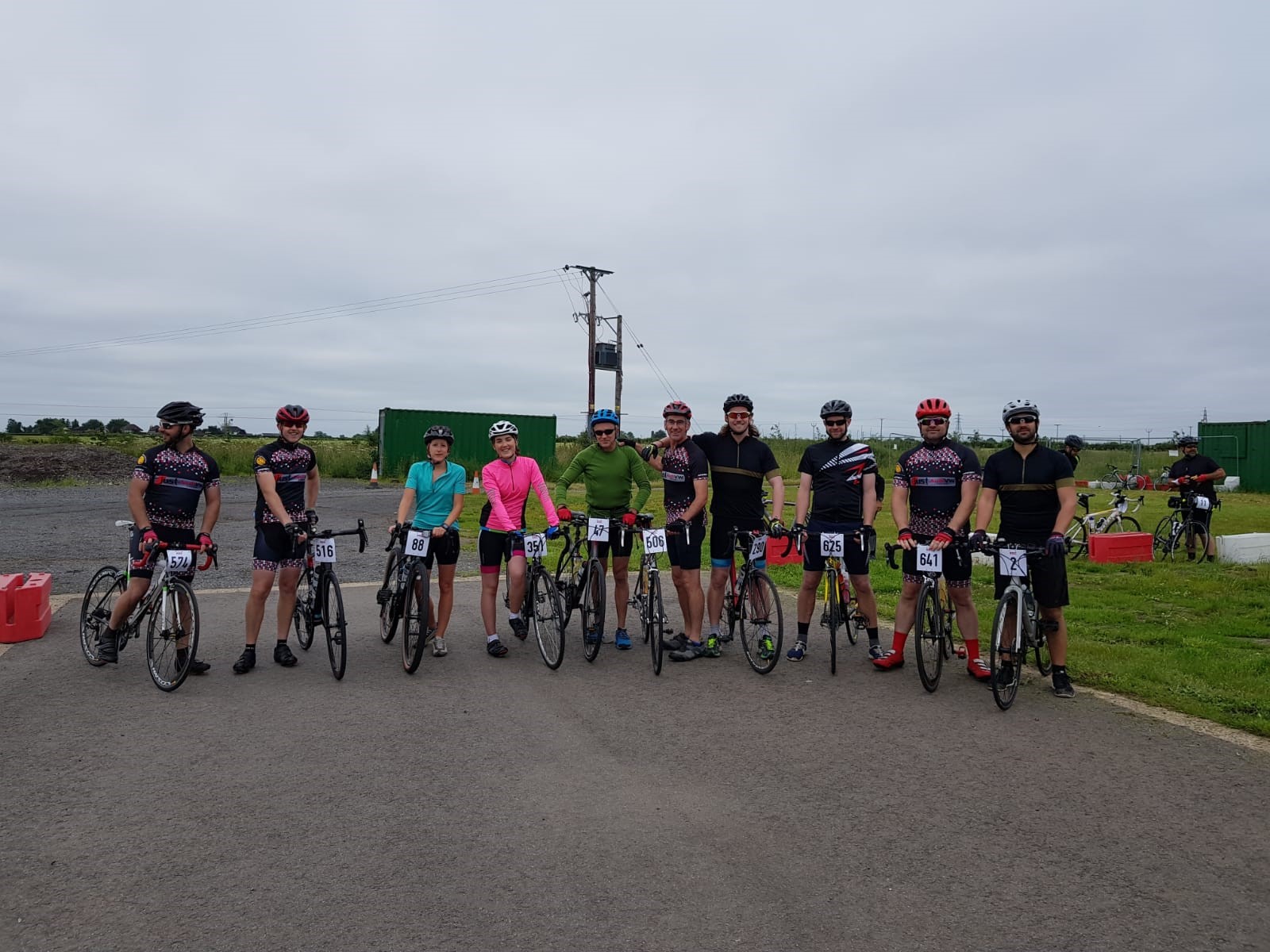 The team started quite confident, but unfortunately within the first 20 miles there were a few slight hick ups. Maybe we should have called the team 'Carry on Just Audi'. If only there were pit stops on the way, poor Joe's bike needed some TLC, his pedal and crank fell off soon after starting. Joes got the eye for detail when it comes to cars but we're not quite sure when it comes to bikes.  There could have been a shoe lace, perhaps some twigs or sticks to put it back together. Who really knows? This 'little' hick up didn't stop him, he managed to fix it and get back on his saddle and peddle off into the Lincolnshire countryside.

When it comes to Simon, one of our friendly workshop technicians, we should have given him a bell, perhaps some stabilisers. Cycling in his own little world, oblivious to his surroundings, he must have forgotten that bikes don't have sensors like the cars he drives here at Just Audi VW. I was told it was a CAT C crash. He ended up in the back of some body else's bike, only to find himself falling off and hitting the floor. The only explanation is that he was attempting to make a tandem.

Mark, who works in the body shop, should have fitted his bike with a red flag and a tracking device before he set off. Within the first 20 miles, somewhere along the way he managed to lose the team (or the team lost him). Finding him a little later along in the bike ride. Next time it's compulsory he wears a hi-vis.

For the rest of the team, they were a bit more experienced and managed to make it there and back with little issues. They stuck together and finished the bike ride at 16:00pm. Everyone was extremely pleased with their achievement.

Coming back into work the next day there weren't many complaints, everyone was expecting them to be walking like John Wayne, and while they were feeling lucky that the cushions weren't needed there was one complaint that came up, they were slightly sun burnt as it was a rare, hot summer's day, next time they will remember the sun cream.

We, at Just Audi VW, would like to thank everyone who has supported the team throughout the year.